The Marangu Route is also known as the “Tourist Route” and the “Coca-Cola Route.” This is because Marangu is the most popular route on the mountain, and thus is considered “touristy”, and because the route is the only one that offers sleeping huts, which serve beverages like Coca-Cola, on the way. Arrive anytime at Kilimanjaro International Airport (JRO), there will be a private transfer waiting at the airport to pick you to Kilimanjaro Mountain Resort in Marangu. 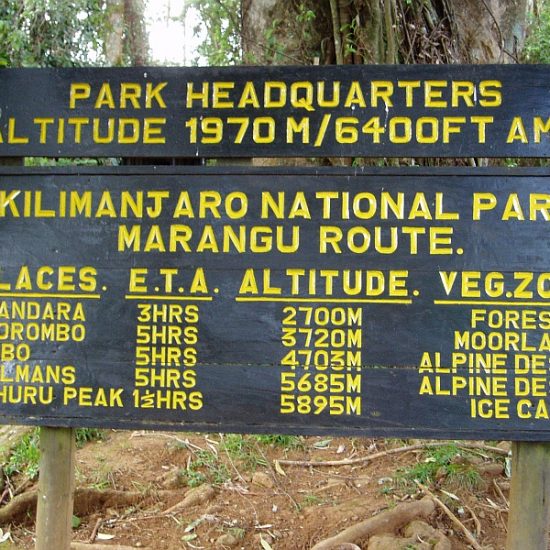 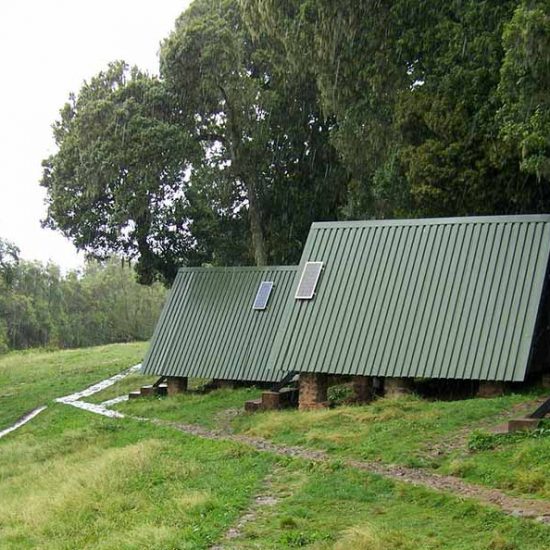 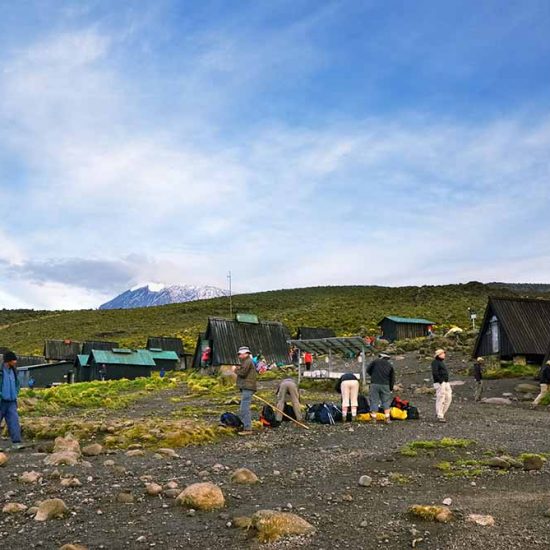 We depart Moshi for Marangu Gate for the necessary formalities before beginning our trek. The hiking trail begins by ascending a beautiful, tropical rain forest. At the upper edge of the forest line, we have the opportunity to see blue monkeys. The trail then widens to expose beautiful hillsides until we reach Mandara Hut.

We start the day continuing through the forest until the trail opens into high moorland. We may get our first views of Kibo and Mawenzi peaks - two of the three volcanic peaks that make up the summit of Kilimanjaro.

We climb gradually, then cross the lunar desert of the “Saddle” between Mawenzi and Kibo. Our camp, Kibo Hut, sits at the bottom of the Kibo crater wall. Once here we rest, enjoy an early dinner to prepare for the summit day.

_______________________________________________ Very early in the morning (around midnight), we begin our push to the summit. This is the most mentally and physically challenging portion of the trek. The wind and cold at this elevation and time of day can be extreme. We ascend in the darkness for several hours while taking frequent, but short, breaks. At Gilman’s point (18,600 ft), you will be rewarded with the most magnificent sunrise you are ever likely to see coming over Mawenzi Peak. Finally, we arrive at Uhuru Peak- the highest point on Mount Kilimanjaro and the continent of Africa. After spending a few moments taking in the plains of Africa and your accomplishment, we descend to Horombo Hut. Later in the evening, we enjoy our last dinner on the mountain and a well-earned sleep.

On our last day, we have a long trek mostly downhill through the tropical rainforest. Once at the park headquarters at Marangu gate, we collect our summit certificates. A vehicle will meet us here and drive us back to the hotel in Arusha/Moshi. 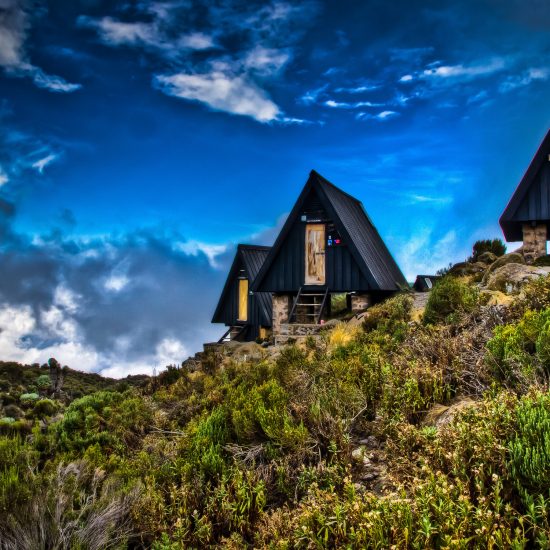 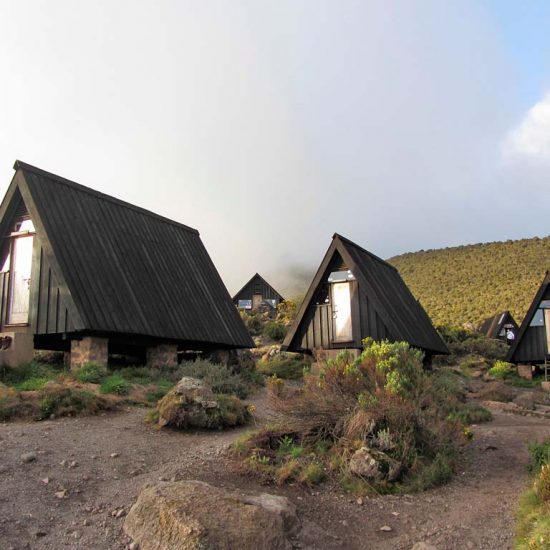 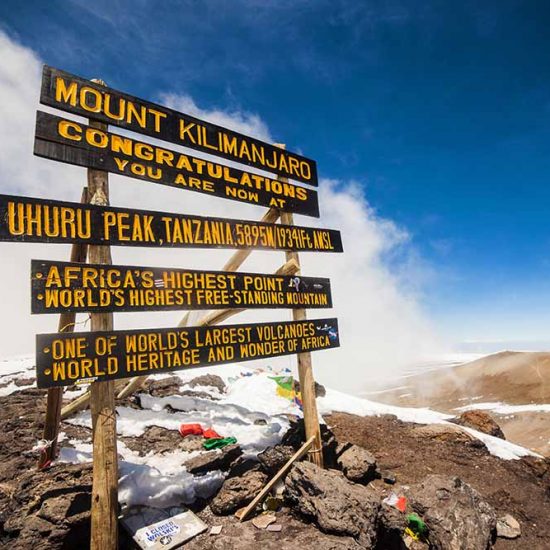