In 6 days you will visit the most precious Northern Tanzania parks of Tarangire, Lake Manyara, Serengeti & Ngorongoro Crater, this package fits for friends & family with kids as it includes some cultural encounter where you will be able to mingle with local Masai village at Ngorongoro highlands. 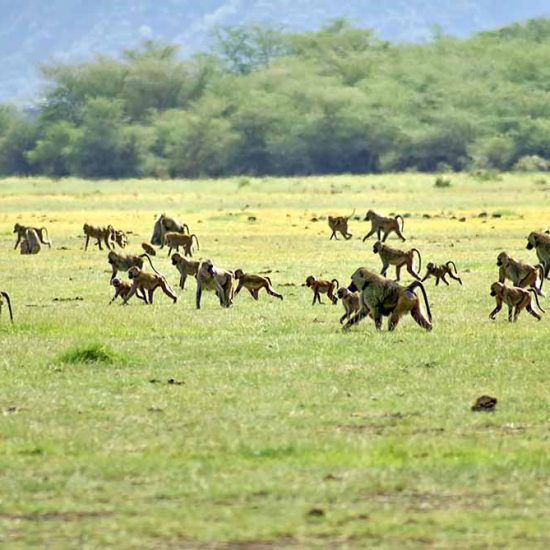 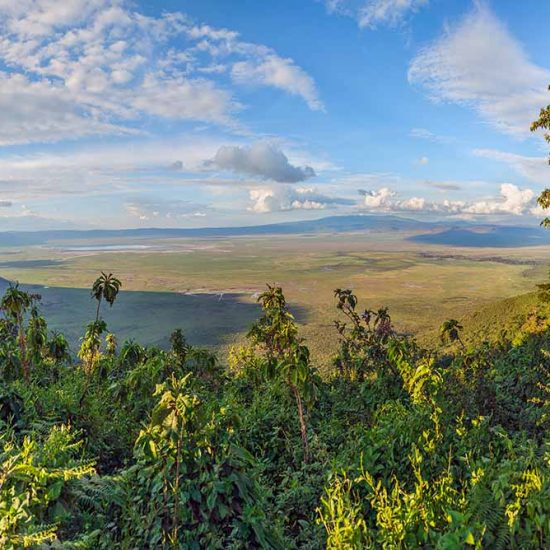 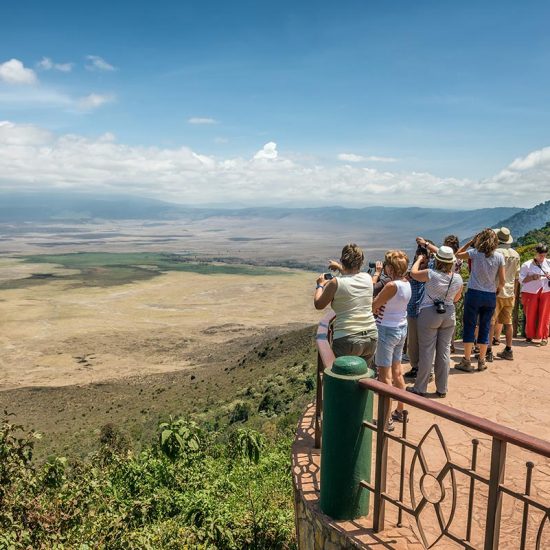 Distance: 130 km Non Game Viewing Time: 2 to 3 hrs. After breakfast meet you safari driver guide at the lobby & leave for Tarangire National Park via Arusha town where you can change money or do any last minute purchase. Tarangire is the fifth largest National park in Tanzania well known for its beautiful landscape & larger elephant population found nowhere on earth. Tarangire River and the majestic baobab trees dwarfing some animal species which comes underneath are among the highlights of this park. Tarangire – Lake Manyara ecosystem forms a cycle of annual migration of over 3000 elephant, wildebeest & zebras. Apart from elephant population you may expect to spot giraffe, buffalo, zebra, hippos, warthog & the three rare species of Lesser & Greater Kudu, Oryx and the Ash staling. Later afternoon before or during sunset drive to the lodge for dinner & overnight.

The small Lake Manyara National Park is home to over 400 bird species, primate-filled forests and grassy plains. A large area of the park is covered by the alkaline Lake Manyara, which is home to colonies of flamingos and other water birds. Apart from giraffes, hippos, wildebeests and impalas on the grassy plains, you might see lions lounging in the trees and elephants feeding on the acacias in the woodlands. While the forest near the lake is filled with noisy troops of blue monkeys, extended baboon families hang around the roads. After an intensive game drive you will return to your hotel in Karatu area.

Early morning you will depart for Serengeti National park, the driving is via beautiful high lying farmlands of Karatu & across Ngorongoro highlands. Check in at Ngorongoro gate & drive up to the Crater view point, stop for some nice pictures of the crater floor from the rim after, driving along the crater rim & down to the endless rolling plains of Serengeti. On the way you will visit one of Masai village whereby some Masai warriors invites you & take you in & around their houses giving some information about their customary life. Later their popular song which involving jumping & dancing will begin, if you want you can join the dancing. Afterward you will proceed to Nabii hills gate for check into Serengeti National Park, you can have your packed lunch here while checking in or at the Kopjes (rocky outcropping). After lunch & some rest, start your en-route game drive on your way to the Central Serengeti possibly your driver guide will have already know where the wildebeest Migration is packed. Late afternoon during or before sunset drive to your camp for dinna

Early start for an early morning game drive in Serengeti, (leave the camp with breakfast box and lunch box), early morning game drive starting at 6:30 can allows you to spot cat family on the road as they try to avoid morning mist. You may also see how other animals behave in the morning after a long night of darkness, you can see other predators returning back from their long night of hunting or a pride of a lioness organizing morning ambush. If your traveling dates is when the Great Wildebeest Migration packed in Serengeti, you will go straight to where they are & spend much time with the herds in anticipation of seeing animal actions like fighting, eating, hunting even killing, break for breakfast somewhere in the bush then proceed with game drive until lunch time.You may break for lunch at Soronera visitor’s center or elsewhere, after lunch and some rest, embark on your afternoon game drive & late drive back to your Camp during or before the sunset for dinner & overnight.

Distance: 178 km Non Game Viewing Time: 2 to 3 hrs. After breakfast depart for Ngorongoro Crater, en route game drive, reach Naabi Hills gate for check out, drive to the highlands of Ngorongoro and descent 600 meters into the Crater floor for wonderful game drive. Picnic lunch will be served in one of the picnic site inside the Crater. Ngorongoro Crater is referred by many as one of the world nature wonders that you cannot afford to miss when planning your Tanzania safari, its scenery is beautiful regardless of wet or dry seasons. The number of animal species in the Crater is big and only few animals are moving in and out of the Crater. You may expect to spot herds of wildebeests, zebras, hippos, eland, elephant, topi & many more. The rare black rhino can be seen here living in their natural habitat. The crater is also home to a good number of predators which includes cheetahs, hyenas, jackals, lions & the ever-elusive leopard that sometimes need sharp eyes to spot. You will drive along Lake Magadi a shallow alkaline Lake at the southwestern corner of the crater frequently visited by some flocks of flamingos, hippos & other aquatic birds, late afternoon drive to the lodge for sunset, dinner & overnight.

Distance: 154 km Non Game Viewing Time: 3 to 4 hrs. Morning at leisure, have breakfast & depending on your flight time (Option) you can do a guided nature walk along Endoro trial all the way to the elephant cave, the walk is of about 2 to 3 hours (Cost is $ 30 per person). Then back for hot lunch before driving back to Arusha for overnight (own account) or drop off at Kilimanjaro international airport. KLM or other late flights can be the best option if flying on this day. End of our special and 6 days Tanzania lodge safari with overnight stay at mid-range lodges and tented camps. 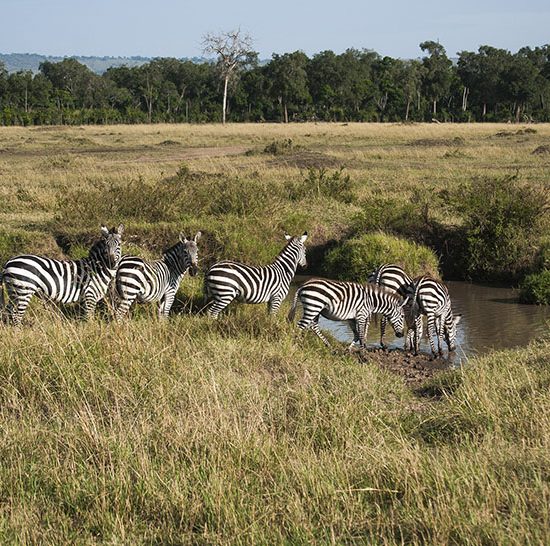 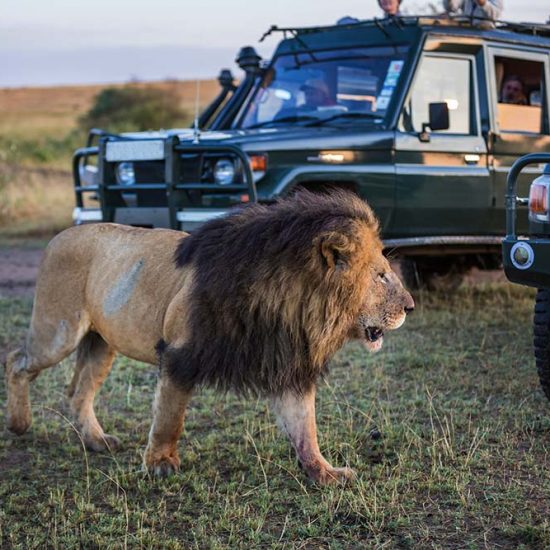 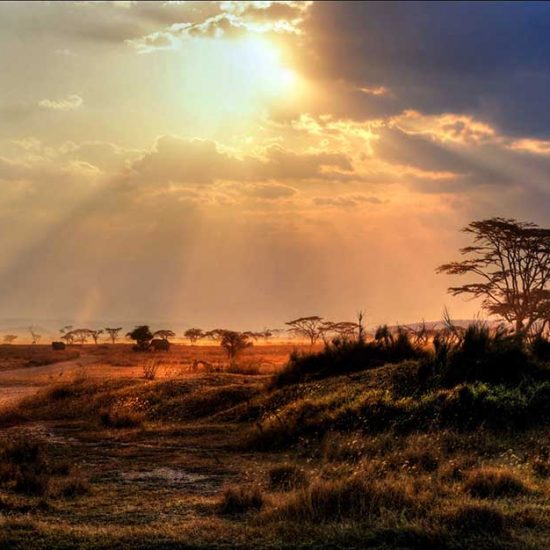 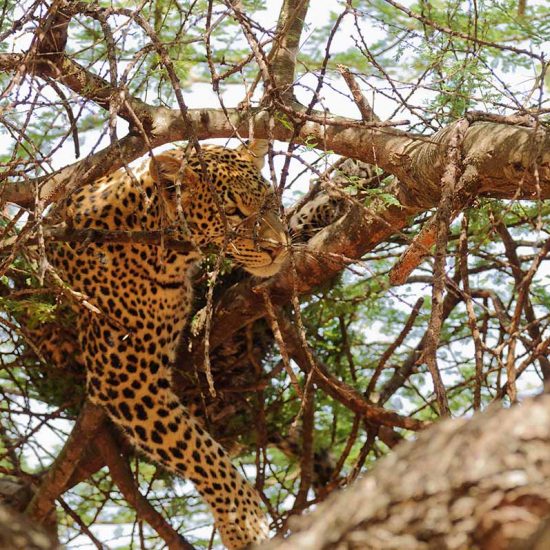 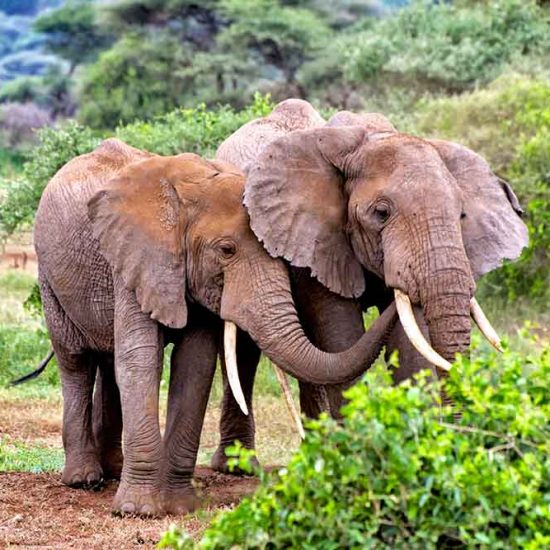 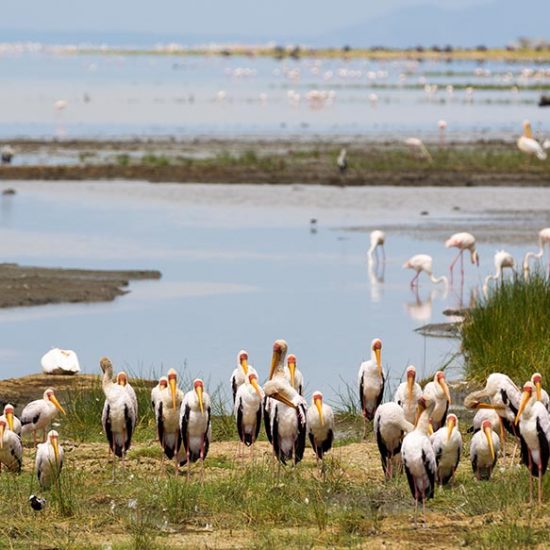