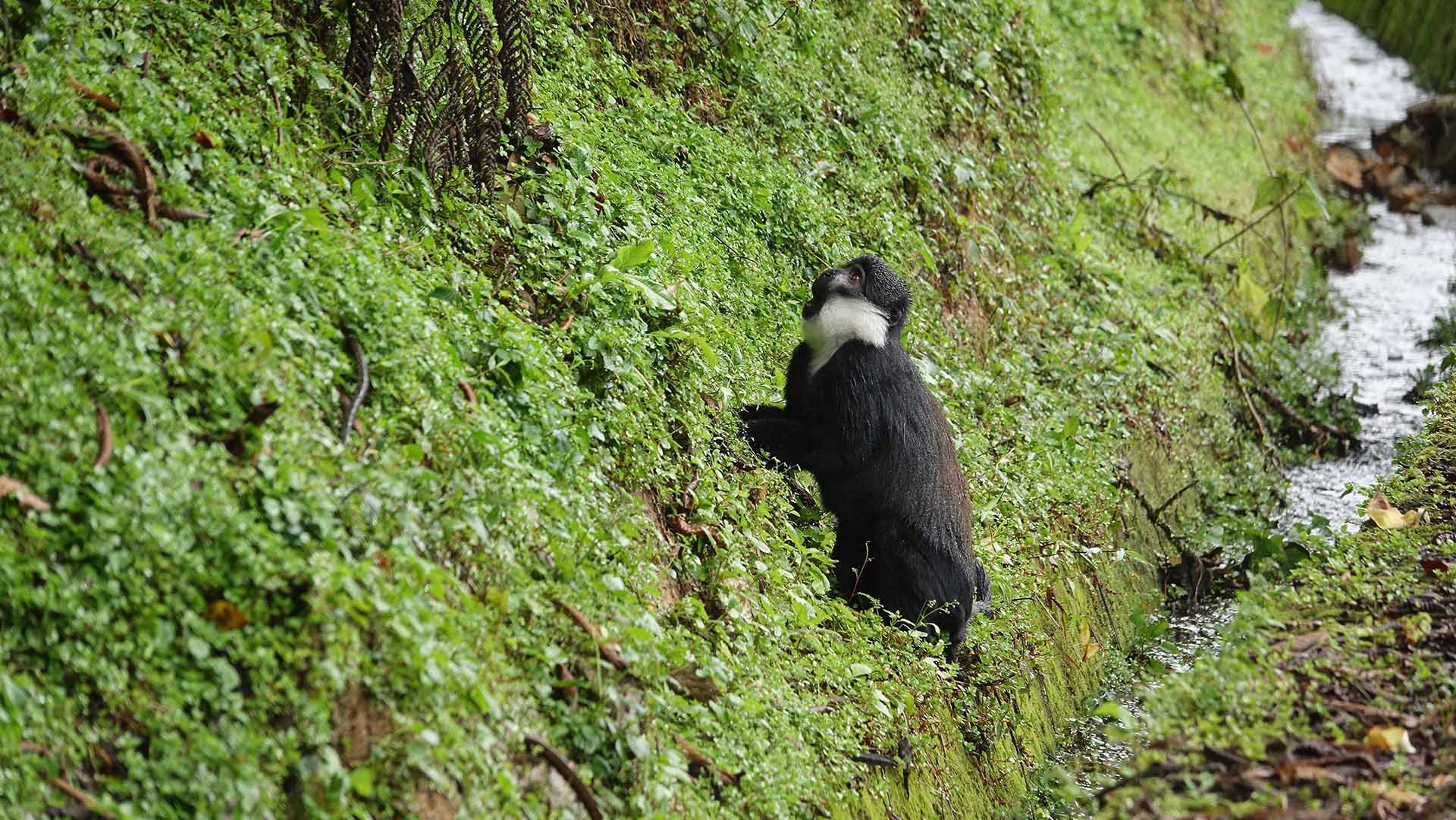 This magnificent national park consists of the largest block of mountain forest in East and Central Africa. It is home to a marvelous diversity of unique fauna and flora. The forest has more than 200 different types of trees, and a myriad of flowering plants, including the beautiful and treasured giant lobelia and a host of colorful orchids.

Nyungwe National Park is most treasured for its primates, there is a remarkable 13 primate species recorded resident in this lush rain forest. This includes man’s closest living relative, the chimpanzee as well as the delightful L’Hoest’s monkey and numerous fun-loving troops of Black and White Colobus. But bird lovers don’t despair, for Nyungwe National Park is the most important ornithological site in Rwanda. Almost 300 species of bird species have found a home on Nyungwe National Park of which nearly 30 are restricted to a handful of montane forests in the Albertine Rift.

1. Chimpanzee Trekking
The majority of the chimp population in Rwanda is confined to Nyungwe Forest National Park. Trekking to see our closet relatives is an amazing experience, although these groups of chimps are wide ranging and there is a 30-40% chance of sighting these primates.

2. Black and White Colobus Trekking
There are large troops of black and white colobus monkeys residing in Nyungwe Forest. These primates often travel in groups of over 300 individuals. It is possible to purchase a permit to trek these animals. Walking through a montane rainforest and being surrounded on all levels by these active and cheeky monkeys is not to be missed.

3. Canopy Walkway
Is located in the middle of Igishigishi trail and is the biggest walkway in East Africa which is, at its highest point, situated at 90 above the ground, which should enable trekking tourist to gain inside of the upper tree level as well as their inhabitant such as different primate, birds and Orchids. The whole process of planning and building the canopy took at least five years during which there were mainly 25 men constantly involved in the construction process.

4. Forest Walks
Extensive networks if well-maintained walking trails lead you through the forest to various waterfalls and viewing points. There are a variety of trails: