Lake Nakuru is one of the Rift Valley soda lakes at an elevation of 1754 m above sea level. It lies to the south of Nakuru, in the rift valley of Kenya and is protected by Lake Nakuru National Park

The lake’s abundance of algae attracts the vast quantity of flamingos that famously line the shore. Other birds also flourish in the area, as do warthogs,baboons and other large mammals. Black and white rhinos have also been introduced.

The lake’s level dropped dramatically in the early 1990s but has since largely recovered. In 2013, the lake received an alarming increase in the water levels that led to the migration of flamingos to Lake Bogoria in search for food supply.

Nakuru means “Dust or Dusty Place” in the Maasai language. Lake Nakuru National Park, close to Nakuru town, was established in 1961. It started off small, only encompassing the famous lake and the surrounding mountainous vicinity, but has since been extended to include a large part of the savannahs.

Lake Nakuru is protected under the Ramsar Convention on wetlands. 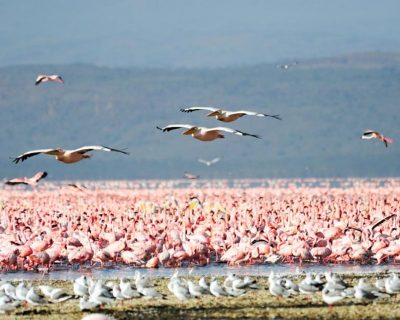 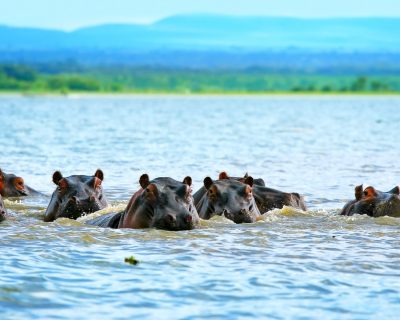 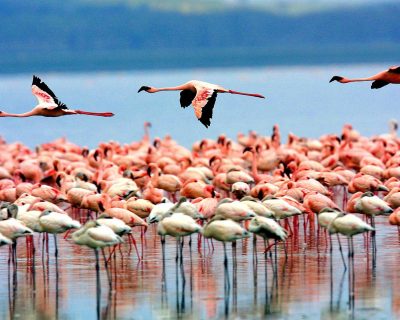